According to an AP News article, traffic deaths are up in the United States and may be associated with the pandemic. For reasons not fully understood, traffic fatalities also increased during the first nine months of 2020, despite Coronavirus lockdowns. In fact, according to the NHTSA, 28,190 people died in traffic accidents between January and September in 2020. This was a significant increase from 2019 when 26,941 people died in traffic collisions during the same nine-month period.

For the 2020 traffic collisions, authorities believe many drivers developed risky driving behaviors when there were fewer vehicles on the road. So yes, fewer Americans were actually driving during 2020. However, the drivers on the road took advantage of the fact there were significantly fewer drivers out and about. It’s likely these drivers drove faster, and ignored more rules of the road, driving carelessly, or even recklessly. Unfortunately, it appears these bad driving behaviors may have carried through to 2021.

The pandemic is hopefully on the downside and more people are returning to the roadways. Yet,  those same reckless drivers may have gotten used to their “new” driving behaviors. While there are now many more vehicles on the road as people are returning to their workplaces, risky driving behaviors persist. One of the reckless behaviors that seem to have persisted is exceeding the speed limit. Since traffic stops also significantly declined during 2020, many drivers now feel they can freely speed with no repercussions.

In fact, the NHTSA reported a 22 percent increase in vehicle speeds in major metropolitan areas as compared to pre-pandemic speeding numbers. Further, a full 65 percent of drivers who were hurt in a serious crash and treated at a trauma center had drugs or alcohol in their systems in 2020. Prior to the pandemic, that number was only about 50 percent. Fewer people seem to be wearing their seatbelts in 2021 as well—probably another bad habit that carried over from the pandemic.

Consider the fact that in 2019, state troopers in MN handed out tickets to 500 drivers for going more than 100 mph. In 2020, when America was largely in lockdown, those same troopers handed out 1,068 tickets to drivers going more than 100 mph. Obviously, traveling at high speeds make collisions much more severe, with injuries that are catastrophic or fatal. Today, law enforcement in all states in the U.S. continues to see a high number of drivers who exceed the speed limit, fail to wear a seatbelt, drive while intoxicated, and engage in other risky driving behaviors.

It will require vigilant enforcement on the part of law enforcement across the United States to convince drivers to return to safer driving behaviors. Equitable enforcement of traffic laws, improvements to infrastructure, mandatory ignition switch locks for drivers convicted of DUI, possibly lower speed limits, and laws across the board banning cellphone use while driving are crucial to lowering the number of roadway fatalities. 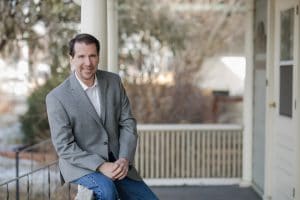 Contact the dedicated attorneys at the Green Law Firm, P.C. today by calling (719) 694-8515, or by filling out the contact form on this page, to schedule a free, no-obligation consultation and discuss your case.