Unfortunately, the number of deadly accidents involving large commercial trucks is on the rise. In fact, nearly eleven times each and every day across America a deadly truck accident occurs, with more than 4,000 people dying in trucking accidents annually. In addition to the trucking fatalities, more than 100,000 people suffer serious injuries each year after being involved in a crash with a large commercial truck. As more goods are shipped via truck across the U.S., and more pressure is on trucking companies and drivers to get loads delivered quickly, the truck crash fatalities are likely to continue to increase.

The trucking industry is straining to keep up with the demand for goods, and there are currently some 30,000 unfilled truck driver jobs in the U.S. Overall freight tonnage is expected to jump 23.5 percent by 2025. In other words, trucking fatalities may well be viewed as simply the cost of doing business. Other factors involved in deadly big rig accidents include fatigued drivers, inexperienced drivers, improperly loaded trucks and mechanical and tire failures on the trucks. A significant portion of truck accidents are related to the tires on the trucks when driven at high speeds.

It is likely you have seen the large pieces of tires which litter the highway shoulders. If you look closely, you will probably also notice skid marks in the area. In an effort to get loads delivered quickly and make a speedy turnaround for the next load, truck drivers routinely exceed the posted speed limits. Federal investigators believe the tires on most large commercial trucks are simply not meant to handle constant speeds of 75 mph and above. Between 2009 and 2013, more than 14,000 fatal accidents were attributed to a large commercial truck or bus. Government figures determined that 223 of those fatalities were directly related to the tires on the truck.

The National Highway Traffic Safety Administration (NHTSA) investigated a number of Michelin tire blowouts and found that high speeds and a lack of maintenance were directly to blame. According to the NHTSA, there are no truck tires which are rated at speeds beyond 81 mph—with most being rated at 75 mph. Yet twenty states currently have posted truck speeds which are either 75 mph or greater. The federal government has repeatedly been asked to regulate large commercial truck speeds via electronic limiters which would cap the truck’s top speed at 65 mph. At 65 mph vs. 75 mph, the stopping distance of a large truck is significantly increased, and there is much less chance of a tire blowout causing a serious or fatal accident.

What Happens When a Truck Tire Blows?

If you’ve never personally observed a blown truck tire, then you should know it does so in a big way. The heavy rubber treads can fly off, hitting the windshields of other drivers, shattering glass and potentially even causing a grave accident. The large pieces of tire can also be flung under an oncoming car, leading to a deadly swerve by the driver. When the tire begins flying apart, the driver of the big rig may swerve, and when this happens, any automobile in its path is in severe danger. Finally, a blown tire can cause the 18-wheeler to jackknife. When a jackknife occurs on a busy roadway, it is likely there will be multiple vehicles involved in a potentially serious accident. 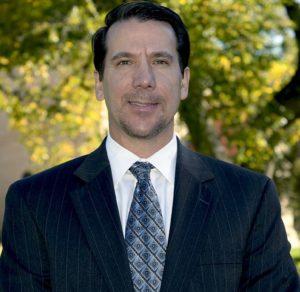 We’re here to help answer your questions. Judicial matters can be complicated, our experts are on hand to help inform you of every aspect regarding your topic. We take great pride in using our expertise for you and look forward to hearing from you

Green Law Firm is virtually operational and case intakes are done via Phone: #719-694-8515