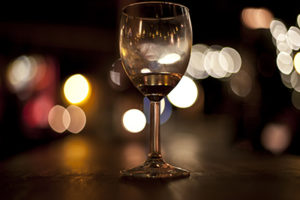 It would seem to make perfect sense that with the advent of Uber and Lyft rideshare options, fewer people would risk driving while intoxicated. In fact, Uber actually reported a decline in drunk driving in a number of major cities since the service began in San Francisco in 2010, and at least a few independent studies agreed. One study found that in four boroughs of New York City, there has been a 25-35 percent decline in the number of alcohol-related car accidents since Uber showed up in 2011.

This reduction is fairly significant—about 40 fewer alcohol-related collisions each month in each of the NYC boroughs (excluding Staten Island). Other studies are less enthusiastic about ridesharing services decreasing the number of drunk driving accidents. The American Journal of Epidemiology found no correlation between Uber and the number of traffic fatalities after studying 100 densely populated U.S. counties.

Are Those Who Would Drive Drunk Reasonable Enough to Call an Uber?

While it stands to reason that being able to hail an Uber or Lyft would decrease the number of inebriated drivers on the roadways, you have to remember that, generally speaking, those who would drive drunk may not be the best decision makers. Uber begs to differ, releasing a report in 2015 which found that in several major cities Uber fares increased dramatically during the times DUI accidents are most likely to occur. In the city of Seattle, Uber found a 10 percent decrease in DUI arrests.

No Solid ‘Across the Board’ Findings

The most recent study has found that access to Uber or Lyft does not uniformly slash DUI-related accidents, and that Uber has a distinctly different effect on crashes from city to city. The specific differences may be related to local characteristics such as public transportation. A team of researchers looked at the history of car accidents between 2013 and 2016 in four major cities: San Antonio, TX, Portland, OR, and Reno and Las Vegas. Uber is the largest ridesharing business in each of these cities.

While DUI crashes diminished by an astonishing 60 percent in Portland, once Uber came to town, there was no decrease at all in Reno. Which begs the question of why one city would show such a huge decrease in DUI accidents after Uber began operating there, and another city would show no change at all. The other two cities—San Antonio and Las Vegas—showed some decreases in alcohol-related car crashes due to Uber, but not nearly as big a drop as Portland.

Interestingly, Portland has more public transport options than Reno, which would seem to prompt a bigger decrease in alcohol-related accidents in Reno, where there were fewer public transport options…yet it did not. In the end, the researchers could not explain why one city would show such a decrease in alcohol-related accidents and another would not, other than the fact that the effects of ride sharing on drunk driving varies from city to city.

DUI Car Collisions a Primary Cause of U.S. Deaths

Car collisions are the number one cause of fatalities among Americans between the ages of 13 and 25. About 35,000 people of all ages are killed on U.S. highways, and about a third of all deadly crashes are directly attributable to alcohol. It would seem reasonable to assume that ridesharing services could certainly provide a good alternative to driving under the influence. Cities which want to promote this idea will likely be designing informational programs with these facts in mind.