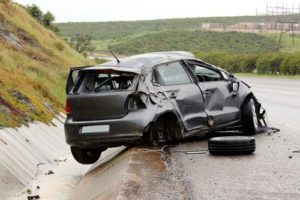 According to USA Today, there was a slight decrease in automobile accident deaths from 2016 to 2017, however the number of auto accident fatalities still remained higher than the number in 2015. In fact, according to the National Safety Council, fatalities resulting from auto accidents exceeded 40,000, for the second year in a row. It is important to note that these numbers are not “official,” until they are released by the NHTSA, later in the year, and that the numbers include some fatalities which the NHTSA does not classify as auto accident deaths. Despite this, the report underscores the fact that the increasing number of traffic accident fatalities constitute a public health crisis.

Factors in the Increase in Traffic Fatalities

Due to the dramatic increase in vehicle safety features over the past decade, it would seem traffic fatalities would be decreasing, rather than increasing, however that is not the case. Experts believe the primary reasons in the increase in traffic accident fatalities are the following:

Fatigued driving is a problem as Americans get less and less sleep, and tailgating is also a contributor to auto accidents.

Distracted Driving as a Cause of Auto Accidents

Distracted driving may well be the primary cause of auto accidents, as people attempt to multi-task behind the wheel. As a nation, we eat entire meals in our car, talk on our cell phone, text, post on social media, apply makeup, attempt to set our GPS device, fiddle with the radio and other vehicle controls, talk to our passengers and spend far too much time looking in our rearview mirror—or even turning around—to see what the kids are up to in the back seat. It is difficult to get a firm number on how many auto accidents are caused by distracted driving, since those who live through the accident rarely want to admit they were engaging in distracted driving behaviors.

Further Reading: The Importance of Ensuring the Safety of a Used Car Before You Buy It

Speeding as a Cause of Auto Accidents

The National Transportation Safety Board conducted a new study regarding the role of speed in traffic accidents. The study found that in the past, researchers have significantly underestimated the role of speed in fatal crashes. In 2015, speed was identified as a factor in slightly more traffic accident deaths (9,557) than impairment (9,306). Drivers and passengers who were not wearing seat belts at the time of a car crash were responsible for 9,874 fatalities in the same year.  The World Health Organization believes a five percent cut in the average speed of traffic can result in a 30 percent reduction in the number of fatal crashes, which tells you just how serious excess speed can be.

According to Maureen Vogel, spokeswoman for the National Safety Council, we are simply not making progress in reducing the number of annual traffic fatalities, rather we are “treading water.” Many believe that the high number of auto accident deaths means we should be pushing self-driving vehicles which are expected to dramatically improve road safety. Until self-driving cars are a reality, simple improvements, such as driver education regarding the dangers of distracted driving, as well as collision warning systems in all vehicles could make a significant difference in the number of traffic accident fatalities which occur annually. 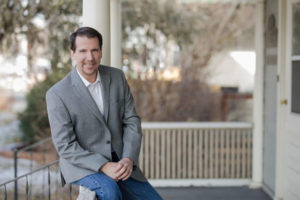 If your loved one died in a traffic accident which was caused by a negligent driver, or if you suffered injuries in an accident caused by a distracted, careless or reckless driver, it could be beneficial for you to contact an experienced Colorado Springs car accident attorney as quickly as possible. Contact the experienced Colorado Springs car accident attorneys at the Green Law Firm today to schedule a no-obligation consultation and discuss your case. Call us today at 1-719-694-8515.