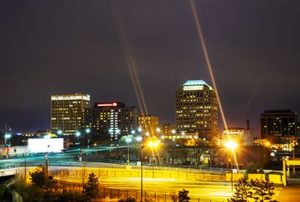 Colorado Springs is a beautiful place – 365 days of the year. Located just 60 miles from Denver, it sits at the base of Pikes Peak. Just how great is Colorado Springs? In 2006, Colorado Springs was declared the Best City in America, in “Best Places to Live” by Money Magazine. In 2009, it was #1 in Outside’s list of America’s Best Cities. Now, according to a recent study, drivers in Colorado Springs are some of the best in the country.

The Allstate Insurance study reports the average driver in Colorado Springs will have an auto accident every 11.4 years. This ranks the area 16th among the country’s largest cities in terms of auto collision frequency. When adjusting for population density, Colorado Springs was listed 19th, and 21st when precipitation is considered.

In July, Colorado Springs was deemed the 8th best city in which to be a driver by Wallethub’s Best and Worst cities to be a Driver list of 2015. This ranking system took into account average gas price, commuting times, average traffic delays, and rates of car theft in each city.

The Allstate Best Driver’s Report was created to enable an ongoing dialogue on safe driving. Their hope is that this dialogue will, in turn, help save lives. What was the safest city in America for driving? That honor went to Kansas City, Kansas where the average driver experienced an auto collision only every 13.3 years – a whopping 24.8% less than the national average!

Further Reading: How An Attorney Can Help Gather Evidence After a Trucking Accident

Sadly, the National Safety Council has estimated that 2015 might be the deadliest year for driving since 2007. During the first 6 months of 2015 alone, traffic deaths were up 14% compared to last year’s statistics. In addition, serious injuries are up 30%. Many blame the increase on the improved economy and lower gas prices.

While the state of Colorado has witnessed a significant and steady decrease in the number of crashes over the last ten or so years, Colorado car accidents continue to claim the lives of hundreds of people each year, and cause injuries to thousands of more.

The Colorado Department of Transportation (CDOT) and Colorado State Patrol report over 10,000 documented traffic accidents. Furthermore, the CDOT reports that 743 people were killed in car accidents in 2002. That figure dropped to 478 in 2014.

2013, the most recent full year for which traffic statistics were available, 32,719 car accident fatalities were documented. That figure is equivalent to 10.3 deaths for every 100,000 people living in the United States. Initial predictions from the NHTSA and the National Safety Council for 2014 estimate that the number of car accident-related deaths nationwide rose to approximately 35,000.

Each year in the United States, there are over 5 million reported traffic accidents. The NHSTA approximates that an additional 10 million crashes- or more- go unreported each year. According to the Rocky Mountain Insurance Information Association (RMIIA), the primary causes of these accidents include:

If you or someone you love has been injured in a car accident in Colorado Springs, you need an experienced and dedicated law firm on your side from the very beginning. Your attorney will need to fight aggressively for rights to maximum compensation and negotiate with insurance companies to ensure that you receive the money you need to fully recover.

Contact the experienced Colorado Springs personal injury attorneys at the Green Law Firm today to schedule a no-obligation consultation and discuss your case. Call us today at 1-719-694-8515.