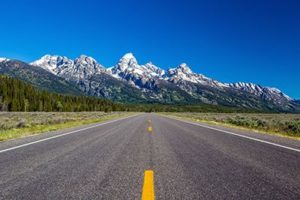 Anyone who regularly travels I-25 between Monument and Denver, knows the 20+ mile stretch of interstate could benefit from some enhancements. The slightest traffic or weather anomaly can trigger congestion and frustration for miles in both directions.

Officials with the Colorado Department of Transportation have said that construction to add lanes to the expressway won’t start for at least two years. Plans for a commuter train that would alleviate traffic between Pueblo and Denver is further away- perhaps ten years.

Scheduled to begin in March, a $4 million planning and environmental impact study will look into the need for an I-25 expansion, specifically the addition of at least one lane in each direction from Monument to Castle Rock. Program engineer Carrie DeJiacomo, says the study, which will take approximately 18 months to complete, will be financed by state funds and an additional $250,000 from Douglas County.

Bob Wilson, a spokesman for the CDOT, says that the problems have not gone unnoticed, and have actually been exacerbated by the recent widening of the interstate between Colorado Springs and Monument.

According to the 2014 traffic count, the stretch of highway in question serves more than 60,000 vehicles every day. Furthermore, the volume of daily traffic has increased by 10,000 cars since 2004. Wilson said CDOT traffic data is still unavailable.

DeJiacomo foresees several viable options for widening the corridor. The proposed analysis will help identify the best alternatives. Intermittent passing lanes or a high-capacity toll lane are among some possible options for some “early action projects,” according to DeJiacomo.

Officials from the CDOT Division of Transit & Rail will also be participating in the study and evaluating alternatives for the widening project. Keeping in mind a future light rail project, these representatives will consider recommendations from the consultant.

Further Reading: Car Accident in a Work Vehicle – Who Pays?

A previous interregional study conducted between 2012 and 2014, ascertained that adjacent to I-25 would be the optimal location for a commuter train. The deputy director of the Division of Transit & Rail, David Krustinger says that engineering design and environmental clearance must be analyzed before the CDOT can feasibly proceed with the light rail project. For this to happen, the state along with local communities, must designate and collect possibly tens of millions of dollars to finance the project.

According to Wilson, local officials are working with some nonprofit rail organizations to locate funding. He and Krustinger concur that the CDOT will only move forward with the project once it becomes a priority for local municipalities.

Whether it be rails, buses, or more roads, the solution must make sense to the shareholder residents of Colorado in order to be effective.

If you or someone you love is injured in a car accident on I-25 this year, it is important to contact an experienced Colorado Springs car accident lawyer immediately. Our lawyers can ensure that your rights are protected throughout the legal process and that you receive the maximum compensation for your injuries. Contact the experienced Colorado Springs car accident attorneys at the Green Law Firm today to schedule a no-obligation consultation and discuss your case. Call us today at 1-719-694-8515.