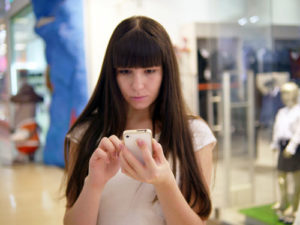 As if there were not enough distractions for drivers—talking and texting on cell phones, fiddling with the radio, trying to set a GPS while driving, talking to passengers and turning around to see what the children are doing, to name a few—a new study has found that since it’s launch on July 6, 2016, there has been a Pokemon Go car accident surge of sorts. Anecdotal news reports as well as social media posts have discussed Pokemon Go players being hurt and even killed while playing the game. Purdue professors Mara Faccio and John J. McConnell studied more than 12,000 accident reports in one county in Indiana for the months before and after the release of Pokemon Go.

In a report the authors titled “Death by Pokemon Go,” Faccio and McConnell concluded that there was a statistically significant increase in car accidents (26.5 percent) at intersections which were within 100 meters of a Pokestop. In all, the authors estimated that 134 extra accidents occurred at or near Pokestops during the 4 ½ month period immediately after the game was released, resulting in nearly half a million in vehicle damages, 31 serious injuries and two deaths. Some pedestrians were so caught up in the game while they were walking, they walked directly in front of a moving vehicle. When you consider the Pokemon Go app was downloaded over a million times in less than a month, it is easy to see how auto accidents have increased since the game’s release.

Although the research done by Faccio and McConnell focused on the one county in Indiana, as statisticians, the two applied their findings to the nation as a whole, estimating that Pokemon Go increased the number of auto collisions by 145,632, and deaths related to these accidents by 256. For those not familiar with the game, Pokemon Go is a “reality treasure hunt,” in which users walk or drive around the real world while staring at the screen on their phone, looking for virtual objects and characters. The app directs players to Pokemon character capture spots via geo location. Some reports link Pokemon Go to an increase not only in auto accidents, but also in isolated injuries and even criminal behaviors. The developer of Pokemon Go issued a warning to players in moving vehicles, then later made the game virtually impossible to play when users were driving at high rates of speed.

Further Reading: THE EFFECTS OF RIDE SHARING ON DRUNK DRIVING VARIES BY REGION

As if there were not enough distractions for drivers to deal with, it borders on the ridiculous that traffic accidents and deaths have increased because of a game. It is estimated that at least one quarter of all auto accident fatalities are the result of distracted driving. According to a Pennsylvania-based insurance company, the top ten causes of distracted driving include:

Whether you are playing Pokemon Go while driving, or engaging in any of these other distracted driving behaviors, it is vitally important that when you are behind the wheel, you do only one thing—drive. Doing so could save your life, or that of another person.