The last time a major study on driver fatigue was done was 2005. At that time a full 60 percent of adult American drivers admitted to getting behind the wheel while drowsy or fatigued. A staggering one-third of adult American drivers say they have, at one time or another, actually nodded off behind the wheel. In what the agency freely says is a very conservative estimate, the NHTSA states that at least 100,000 police-reported car collisions are directly related to driver fatigue. Of those 100,000 fatigue-related collisions, there were at least 1,550 deaths and 71,000 injuries.

If you’ve been injured in an accident with a fatigued driver, working with a capable Colorado Springs accident attorney can make all the difference in your outcome.

Who is more Likely to Drive While Fatigued?

Because there is no test to determine sleepiness, it is difficult to attribute crashes to fatigue, meaning the actual numbers are likely much higher. Police are not trained to identify fatigue as a factor in collisions, and there are inconsistencies from state to state regarding how fatigue is addressed in the resulting collision report.

Younger adults in the United States, in particular, those who work shift work and adults with small children are more prone to driving while fatigued. Gender-wise, men are more likely to drive while fatigued than women, and almost twice as likely to fall asleep behind the wheel. Older drivers are more likely to pull over when they are get drowsy than younger drivers, and long, boring, rural highways can lull tired drivers to sleep more often than a fast-paced freeway.

Lack of Sleep Increases the Chances for a Car Accident

In short, the less sleep people get, the higher their risk of a fatigue-related crash. Specifically, according to a study done by the AAA Foundation for Traffic Safety, those who sleep six hours a night are twice as likely to be in a fatigue-related car collision as those routinely get eight hours of sleep per night. People who sleep less than five hours per night increase their risk of a fatigue-related car collision by four to five times. After being awake for 18 hours, the cognitive impairment to the driver is similar to a person with a blood alcohol content of 0.05% (a driver is considered legally impaired at 0.08 percent). An impairment equal to a BAC of .10 was found in drivers who had been awake for 24 hours. If you find yourself growing sleepy behind the wheel you:

Sleep is essential to human health, energy levels and attentiveness, yet in our increasingly fast-paced world, sleep is often the first thing to go by the wayside. Don’t get behind the wheel when you are fatigued—the potential risks are simply not worth it. 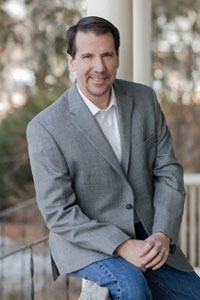 If you or someone you love has been injured in a car accident by a drowsy driver, it is important to speak to an experienced Colorado Springs car accident attorney immediately. Your attorney will need to build your case and prove negligence in order to ensure that you receive the maximum compensation to which you are entitled. Contact the experienced Colorado Springs personal injury attorneys at the Green Law Firm today to schedule a no-obligation consultation and discuss your case. Call us today at 1-719-694-8515.