Typically, a lawsuit is filed when the parties involved cannot reach a settlement. Perhaps the plaintiff is insisting on too much money or the defendant – or his/her insurance company- simply won’t offer a fair settlement amount. A lawsuit is a means of rectifying the situation through the legal system.

Litigation differs from a settlement in that a settlement requires a bit of compromise from both parties. The defendant agrees to pay a little more than they might have wanted to, while the plaintiff accepts slightly less than they feel their case is worth. If a compromise can be reached, it is usually better for both parties involved. If, however, a compromise cannot be reached and your case goes to trial, several factors influence the value of premises liability accidents, including the jury, the injury, where the suit is filed, and your attorney.

At trial, the jury will determine whether the defendant is liable to you, the plaintiff, and for exactly how much. If the jury decides the defendant is responsible for your injuries, some damages will be easier to calculate than others. Typically, for concrete damages such as medical expenses and lost income, damages are assessed based on the dollar amount paid/lost by the defendant, along with any future projected expenditures or losses.

Less objective damages, such as “pain and suffering,” are more difficult to estimate. Therefore, previous awards on similar cases might be referred to for guidance. Severe injuries and those involving disfigurement can potentially increase the damage award.

The type of injury suffered and the manner in which it impacts the plaintiff are chief in calculating a value for damages. If, for instance, an injury affects a plaintiff’s ability to enjoy favorite hobbies or earn a living in the field in which they are trained, certain damages would be valued more highly.

Where the Suit is Filed

With some exceptions, cases are typically filed in the county in which the injury took place. Additionally, the jury will consist of residents of that county. Generally speaking, juries in urban areas tend to award damages more liberally than do juries in rural areas. 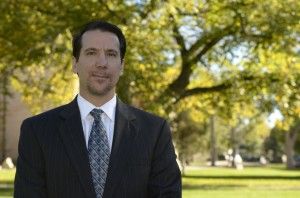 If you or someone you love has been injured in an accident in a business or store, you may have cause to file a premises liability claim. It is important to discuss your case with an experienced attorney before ever accepting an offer from an insurance company. Contact the experienced Colorado premises liability attorneys at the Green Law Firm today to schedule a no-obligation consultation and discuss your case. Call us today at 1-719-694-8515.