The Colorado Department of Transportation recently uncovered some startling statistics. Automobile fatalities in Colorado have increased for the first time since 2007. The data for five years, showed a lessening of automobile fatalities related to speed and alcohol; however, the number of fatalities due to the person not wearing a safety belt increased by 5.4 percent from 2009 to 2013 and 12 percent from 2012 to 2013. Even though seat belt use has been proven to reduce the number of vehicular fatalities, people are still not buckling up. Even worse, they are unbuckled and speeding.

Driver characteristics such as gender, age, and impairment at the time of the crash, as well as seatbelt usage, have a large influence on whether a crash will be fatal or not. Gender, apparently also plays a role in whether a crash will be fatal. Thirty-nine percent of 15-20 year old male drivers involved in a fatal car accident were not wearing a safety belt, while only 26 percent of female drivers in the same age category were not wearing a safety belt. It is difficult to fully attribute a cause in a fatal accident; however, slowing down, buckling up, paying attention, and never driving while impaired could go a long way in reducing the number of fatal car collisions in Colorado.

The Impact of Seat Belt Use

The fact is, seat belts reduce deaths and serious injuries, and while air bags provide additional protection, they are no substitute for seat belts. Teens are the worst offenders; of those between the ages of 13 and 20 who died in car crashes in 2012, more than half were not wearing a seat belt. Men are 10% less likely to wear seat belts than women, and adults who live in rural areas are 10% less likely to wear seat belts. The bottom line is that every person who gets into a car must wear a seat belt on the trip, no matter how short. Children should be in approved car seats, which are properly installed and should be buckled up every time the car is moving. To survive a car accident, buckle up—Heaven can wait. 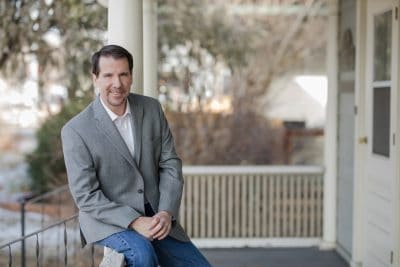 If someone you love has been killed in a car accident in Colorado Springs, you need a lawyer on your side. While no amount of compensation could ever right the wrongs that have been done to you, you and your family should not have to suffer financial burden because of another person’s negligence. Contact a Colorado Springs wrongful death lawyer at the Green Law Firm today to schedule a no-obligation consultation and discuss your case. Call us today at 1-719-694-8515.