The cosmetic aftermarket parts appeared to have little to no effect on crash test ratings. Cosmetic parts include fenders, quarter panels, bumper covers, trim, door skins, etc. and are not responsible for keeping occupants safe in the event of an auto collision. Structural auto parts are responsible for the safety cage of a vehicle, as well as the front-end crush zone (which is particularly important because it “absorbs” crash energy during a collision).  Structural parts must be precisely replicated in order to protect the crashworthiness of a vehicle, and while some aftermarket parts do meet these standards, others do not.

In 1987, a new Ford Escort was put through a collision test from the front of the vehicle, at 30 miles per hour. The car’s fenders, grille and door skins were taken off, and an aftermarket hood was installed. Because the Escort met federal requirements for the test, the Insurance Institute for Highway Safety made the sweeping statement that grilles, door skins and fenders are irrelevant to the safety of a vehicle, and that while the aftermarket hood used in the test was safe, other aftermarket hoods might or might not be safe in a crash.

Aftermarket Parts Score Only “Acceptable” in a Crash

The same test was run on a 1997 Toyota Camry in 2000, however in this test, aftermarket parts scored only “acceptable,” rather than “good.” In this particular crash test, the IIHS determined that while a hood was considered “cosmetic,” it could still be a source of safety issues, therefore declared that not all aftermarket hoods might be safe. By 2010, the IIHS asserted that parts such as fenders, grilles and bumper covers are primarily cosmetic, therefore have no effect on the strength of a vehicle involved in a crash and are irrelevant to crash safety.

Oddly enough, in one test, the aftermarket bumper on a test vehicle was found to be less safe precisely because it was heavier and thicker than the bumper which came on the vehicle originally. This lessening of safety was due to the fact that aftermarket parts, including bumpers, must perform exactly like the original parts during a crash. The airbag sensors can be skewered by even the slightest difference, changing the damage patterns in the vehicle.

According to Consumer Reports, consumers should be “cautious” when replacing parts on their vehicles with aftermarket parts. Structural aftermarket parts must be copied precisely to ensure they will work as expected during a crash. Unfortunately, many aftermarket parts are not copied this precisely, and when they are key to the structural integrity of the vehicle, that could be a problem in the event of a crash. As an example, while automakers will typically use high-strength steel when building the car’s cage and bumpers, aftermarket suppliers may cut costs by substituting polystyrene foam for polypropylene foam, or weaker grade steel for high-strength steel.

Critics of the tests between aftermarket parts and original parts say there simply has not been sufficient research done on the crash-worthiness of the parts to make a determination regarding the safety of aftermarket parts. While it is expected that more research will be done, until that time it is probably safer to avoid structural aftermarket parts on your vehicle. 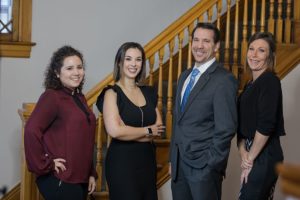 If you are injured in a car accident in Colorado Springs, our attorneys can help. We understand that there may be multiple parties to blame for your accident. That’s why we investigate all aspects of your accident closely so that we can identify the negligent parties. Contact the experienced Colorado Springs car accident attorneys at the Green Law Firm today to schedule a no-obligation consultation and discuss your case. Call us today at 1-719-694-8515.