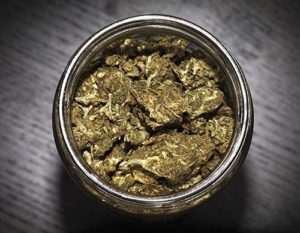 To date, the statistics don’t seem to substantiate prohibitionists’ fears of a tremendous surge in stoned driving.

Several states have now legalized the use of recreational marijuana, but at least as far as statistics from Washington state and Colorado- where pot was legalized in 2012- there does not seem to be much evidence to support the trepidations many pot prohibitionists have of masses of stoned drivers wreaking deadly havoc on the roads.

It is commonly reported by anti-marijuana groups that pot use can double a driver’s risk of crashing their car. Even if this were true, the dangers of lighting one up would be substantially less than driving intoxicated.

A 2012 BMJ meta-analysis conducted by Canadian epidemiologist, Mark Asbridge and colleagues Ole Rogeberg and Rune Elvik, is the source for this estimate.

Rogeberg and Elvik re-evaluated nine studies covered in the BMJ article, allowing for additional confusing variables. The researchers note cannabis use and driving while impaired are behaviors more typical of young adults and males, groups who, even without substance use, have a statistically higher risk of crashing.

Ratios for estimated odds usually decline significantly after adjustments for factors such as that. Rogeberg and Elvik maintain that is why Asbridge’s results differ so greatly from theirs.

Further Reading: NHTSA Reports 17,775 Traffic Fatalities For The First Half of 2016

Additionally, the duo re-examined a 2012 article in Epidemiologic Reviews, also based on a meta-analysis of nine studies, in which Mu-Chen Li and other researchers at Columbia University’s medical school surmised the use of marijuana would increase crash risk by 166 percent.

They concluded that because the researchers at Columbia had essentially compared apples to oranges for several different criteria, the results lacked any scientifically credible means of interpretation.

Upon reanalyzing other studies, Rogeberg and Elvik made similar determinations. Their overall determination was that marijuana use poses only a low to moderate increased crash risk.

In summation, Rogeberg and Elvik determined a crash risk with marijuana use similar to that of a driver with a blood alcohol content of approximately 0.05 percent, below the legal limit of 0.08 percent.

If you or someone you love has been injured by a drunk driver or a drugged driver, you have a right to seek compensation for your injuries, for damages, and for future pain and suffering. Contact the experienced Colorado Springs car accident attorneys at the Green Law Firm today to schedule a no-obligation consultation and discuss your case. Call us today at 1-719-694-8515.