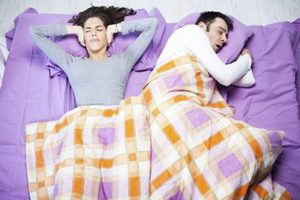 U.S. regulatory officials are turning their focus on the health habits of truck drivers in the wake of a recent study showing that untreated obstructed sleep apnea (OSA) puts drivers at a five times greater risk of crashes than drivers without the disorder. With an estimated 15.5 million trucks operating in the U.S., it’s easy to understand how a connection between trucking accidents and sleep apnea has gotten the attention of safety officials.

Obstructed sleep apnea is a common condition in which sufferers transition from deep sleep to light sleep when their breathing is too shallow, or they take pauses between breaths that can last from seconds to minutes. Moderate to severe OSA is most frequently treated with a CPAP, or continuous positive airway pressure machine. These machines cover your mouth and nose, or sometimes just nose, with a mask that blows air into your throat, keeping your airway open while you sleep.

Data for the new study was furnished by Schneider National, a Wisconsin-based motor carrier that became the first such company to initiate an OSA program. For the study, a control group of 2,016 drivers unlikely to have OSA were compared with 1,613 drivers diagnosed with the condition. Researchers then compared the incidence of preventable serious truck accidents per 100,000 miles driven between the study groups.

Drivers diagnosed with OSA were divided into three groups:

The data for serious preventable accidents where the driver was at fault was then compared among the groups.

Truck drivers are required to submit to medical examination every two years to ascertain their fitness in relation to safely operating a truck. This test, however, does not include a mandatory OSA screening. According to Stephen Burks, a University of Minnesota professor and lead author of the study, this is due in part to the fact that the effects of OSA on crash rates has never really been examined.

The results of the study were published on March 21 in the medical journal Sleep. It is the first comprehensive study of OSA diagnosis and monitoring ever performed by a trucking company. Earlier in March, the Federal Motor Carrier Safety Association (FMCSA) addressed truckers with the condition and asked for comments after issuing their Advance Notice of Proposed Rulemaking.

As of March 22, eighty-three comments had been submitted to the FMCSA questionnaire. Most of these comments were submitted by drivers who felt mandatory OSA screening would be intrusive.

The public has until June 8 to weigh in on the subject.

If you have been injured in a trucking accident in Colorado Springs, the steps you take in the initial weeks following the accident can have a significant impact on your ability to file a claim. Contact experienced Colorado Springs personal injury attorney, Gregory Green from the Green Law Firm today to schedule a no-obligation consultation and discuss your case. Call us today at 1-719-694-8515.